With weaker design and management and finance capacities, local companies are failing to compete with their foreign rivals. 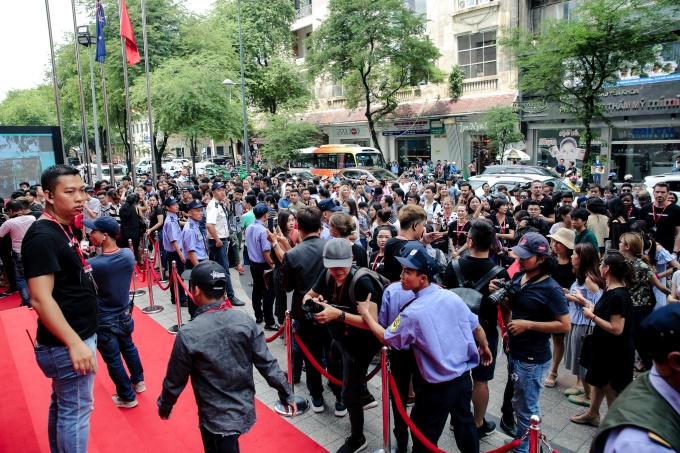 Le Thu Ha is a self-described fashionista. She can spend half of her monthly salary on clothes and hours searching websites and outlets for her next new outfit.

However, home-grown labels are no longer her brands of choice even when they are offering 50 percent or even 70 percent discounts.

The 35-year-old accountant from Hanoi said she used to buy locally-made products but now clothes from China, Thailand and South Korea have infiltrated the market en mass and many foreign fast fashion brands have opened stores here.

“I have not bought any local brands for several years," she said, her eyes glued to new designs on the website of foreign brand Zara. "Their designs are poor and the quality is low.”

Like Ha, many local shoppers have turned their backs on locally-made clothes, leaving domestic fashion brands struggling to find customers.

Viet Fashion Company is an example. In its peak period from 2009-2010, the company reached average annual revenue growth of 30 percent, and it had more than 200 stores nationwide. Focusing on casual-active and high-end products, it was involved in all the stages of the value chain, from design and production, to marketing and retail.

But due to falling customer numbers, it has narrowed production and now has only 62 stores.

Apparel company Nguyen Tam with its Foci brand is in a similar situation. The company has closed all of its 60 stores and shifted entirely to online retail.

H&M, Zara, Stradivarius, Pull & Bear and Massimo Dutti have all entered the market of over 90 million potential Vietnamese customers, as have Mango, Nine West and Old Navy.

There are some 200 international fashion brands in Vietnam, accounting for more than 60 percent of the market share.

Hung said local companies with weaker capacity in terms of management and finance are failing to compete with their foreign rivals.

Local brands such as Blue, PT 2000, Sea Collection, Sanding and Dan Chau have all narrowed their production and businesses.

Another challenge for local companies is the fast changing face of fashion. A representative from the Viet Fashion Company said his firm produces 400 new designs each year, while Zara releases more than 10,000.

Le Quoc An, former chairman of the Vietnam Textile and Apparel Association, said in the long term local brands should be able to hold their own as long as they adopt business strategies with cheaper production costs.

Partly due to fierce competition in the domestic market and low consumption, many local garment enterprises are not interested in tapping the home market.

20 percent of members of the Vietnam National Textile and Garment Group (Vinatex) are involved in the local market, but they only invest 25 percent of their capacity in production for domestic sales, while the majority goes to production for export.

Domestic garment consumption of $4.5 billion each year is too low compared to the production capacity of local garment companies, which is estimated at some $35 billion annually, Le Tien Truong, CEO of the 70-member Vinatex, said.

Vietnam will make an estimated $30.5 billion from garment exports in 2017, up from $29 billion in 2016, according to the Vietnam Textile and Apparel Association.

Vietnam, the world’s fifth largest garment exporter, made $21.5 billion from garment exports in the first 10 months of this year, up 9.5 percent over the same period last year, according to the General Statistics Office.