The city will be able to make its own mind up over investment decisions for at least five years. 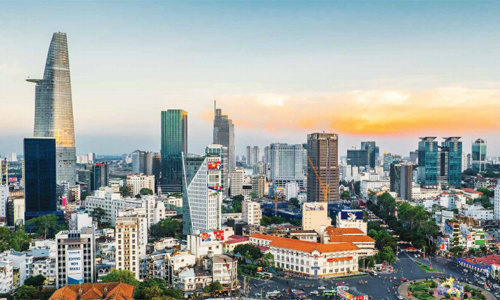 The decision grants the southern metropolis authority over matters that normally require approval from the prime minister, including land management, investment and public spending.

HCMC's legislators will be able to decide how to use arable land and the city's budget from next year.

The city will also be allowed to set salaries for industry experts and scientists, and raise salaries in the public sector as it sees fit.

However, consumers in the city may have to pay higher taxes for certain products subject to special consumption and environmental protection taxes.

The city will retain the money earned from the tax increases without having to share it with the central government.

Ho Chi Minh City is the country’s largest money-maker, and earned more than VND306 trillion ($13.48 billion) last year, up 12 percent from 2015, according to its finance department.

The legislative National Assembly has decided to increase autonomy in the city three months after Prime Minister Nguyen Xuan Phuc signed off on the idea.

Government leaders said the city is struggling with strained infrastructure, flooding and environmental pollution. Without exclusive polices, its growth will slow, they said.

HCMC’s Party chief Nguyen Thien Nhan said at a meeting around six months ago that the city needs more control over its own affairs so it can make a more effective contribution to the country.

Nhan, a member of the Communist Party’s decision-making Politburo, took his postin HCMC in May after Dinh La Thang was removed amid an investigation into “serious violations” during his time as chairman of the state-owned energy giant PetroVietnam several years ago.

During his tenure, Thang also called for more independence for the southern city.

In October last year, he strongly objected to the government’s request for HCMC to contribute more money to the state budget and keep just 17 percent of its annual income, a big drop from the current 23 percent. But a new rule states that the National Assembly will decide the rate every five years.