The government says it's determined to hit the economic growth target of 6.7 percent set for this year. 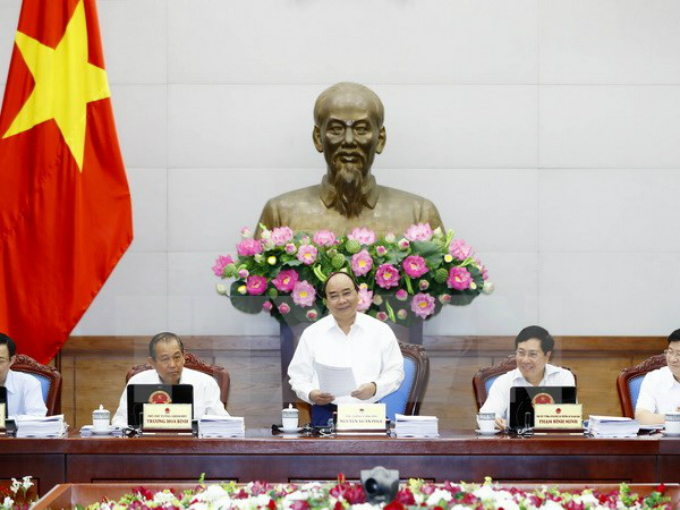 Vietnamese Prime Minister Nguyen Xuan Phuc, fresh from his visit to the U.S. to boost trade and investment, has threatened to punish government officials who fail to achieve growth targets assigned to them.

He told a cabinet meeting in Hanoi on Saturday that officials responsible for each industry have to be tied to specific growth targets.

“This meeting is about figures, not just generic, inconsequential statements,” Phuc was quoted as saying in a post on the government website.

He said those who are unable to achieve the expected goals will face punishment, allowing leeway only for natural disasters.

According to the official Vietnam News Agency, Phuc’s cabinet is determined to hit the economic growth target of 6.7 percent set for this year. Agriculture must grow 3.05 percent while industry should expand by 7.91 percent. Services must grow 7.19 percent, in which tourism should see a 30 percent growth, according to the news agency.

Earlier this week, other cabinet members had confirmed that they would try to meet the annual target by tapping oil and gas reserves, after Vietnam’s economic growth in the first quarter hit three-year low at 5.1 percent.

When lawmakers started their summer session in late May, this mining-focused path was questioned. Some asked that the government choose other alternatives for growth to ensure a sustainable future.

Vietnam's economy is projected to grow 6.5 percent this year, the Asian Development Bank said in a report released in early April, adjusting its forecast of 6.3 percent made in September last year. The bank said growth could pick up to 6.7 percent next year.

Phuc’s cabinet meeting came on the heels of his official trip to the U.S., which the prime minister called a “significant milestone in investment promotion,” according to the Vietnam News Agency.

He had signed deals for U.S. goods and services worth $15 billion during the three-day visit, including a meeting with President Donald Trump.

Phuc's meeting with Trump has made him the first Southeast Asian leader to visit the White House under the new administration.