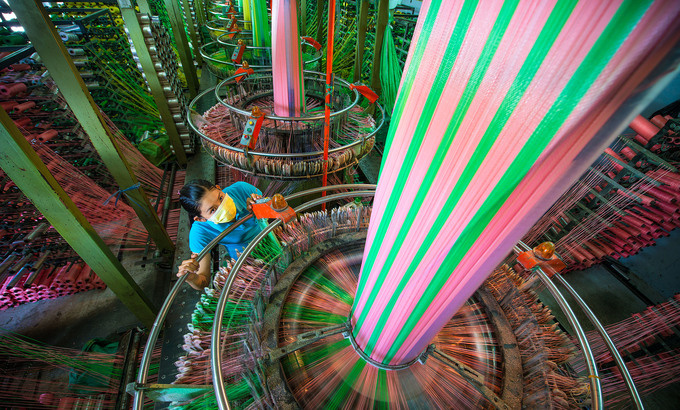 The government's latest forecast is more optimistic than the World Bank's projection.
Vietnam expects economic growth of 6.5-6.7 percent next year, and thinks that the target of 6.7 percent set for this year is within reach, Prime Minister Nguyen Xuan Phuc said on Monday.

The country plans to keep inflation steady at 4 percent in 2018, the same expansion projected for 2017, Phuc told the legislative National Assembly at the start of its second session of the year.

After growing 6.2 percent in 2016, Vietnam’s economy has been expanding faster this year, with growth quickening to 6.41 percent in the first nine months, according to government data.

The country has targeted export revenue growth of 7-8 percent and a trade deficit of below 3 percent next year.

To meet the 2018 goals, Phuc said local authorities should cut interest rates, ensure credit is available for enterprises and strengthen the management of the gold and foreign currency markets.

In addition to strengthening economic growth, the government should take measures to control inflation and  improve the investment environment, chairman of the National Assembly’s Economic Committee Vu Hong Thanh said at the session.

Over the medium term, growth is going to stabilize at around 6.4 percent in 2018-2019, the bank said in an October report, which also raised growth forecasts for China, Malaysia and Thailand.