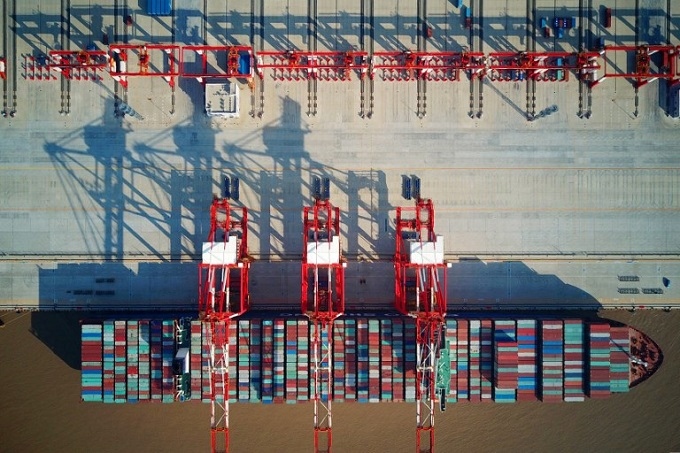 The United States, European Union and Japan are expected to announce a joint effort on Tuesday aimed at confronting China over its excess industrial capacity and other trade practices, a source close to the discussions said.

Trade officials from the two countries and the EU will make a joint statement on the sidelines of the World Trade Organization ministerial meeting in Buenos Aires, aligning to address the overcapacity issue, said the person, who spoke on condition of anonymity because talks on the issue were continuing.

It was unclear whether China would be specifically named in the statement.

Washington, Brussels and Tokyo have raised complaints about China's subsidies to state-owned enterprises, state financing and investment rules that often force foreign firms to transfer strategic technologies. They argue that such distortions have fueled rampant overcapacity in key industries such as steel and aluminum that are flooding global markets and forcing layoffs elsewhere.

The United States has sided with the EU in arguing that the WTO should not grant China market economy status, a move that would severely weaken Western trade defenses.

"Free trade only works when we secure fair conditions for competition," Seko said in remarks to WTO colleagues. "Fair market conditions must not be negatively affected by measures such as market-distorting subsidies, forced technology transfer, infringement of intellectual property rights and unfair trade practices by state-owned enterprises."

U.S. Trade Representative Robert Lighthizer, in remarks to colleagues, said some members were "intentionally circumventing" their obligations and seeking unfair concessions through litigation, causing the WTO to lose its trade negotiation focus.

The Trump administration is investigating Chinese intellectual property practices, which could lead to unilateral trade retaliation under a U.S. trade law that predates the WTO's creation in 1995. The administration is also considering broad import restrictions on steel and aluminum on national security grounds under a Cold War-era trade law.

EU member countries including as Germany have threatened retaliation against any U.S. steel tariffs and have urged Washington against such unilateral actions