if the Customs procedures are removed and clearer, the volume of transhipped goods shall sharply grow in Cai Mep port, which may reach 50% per year. 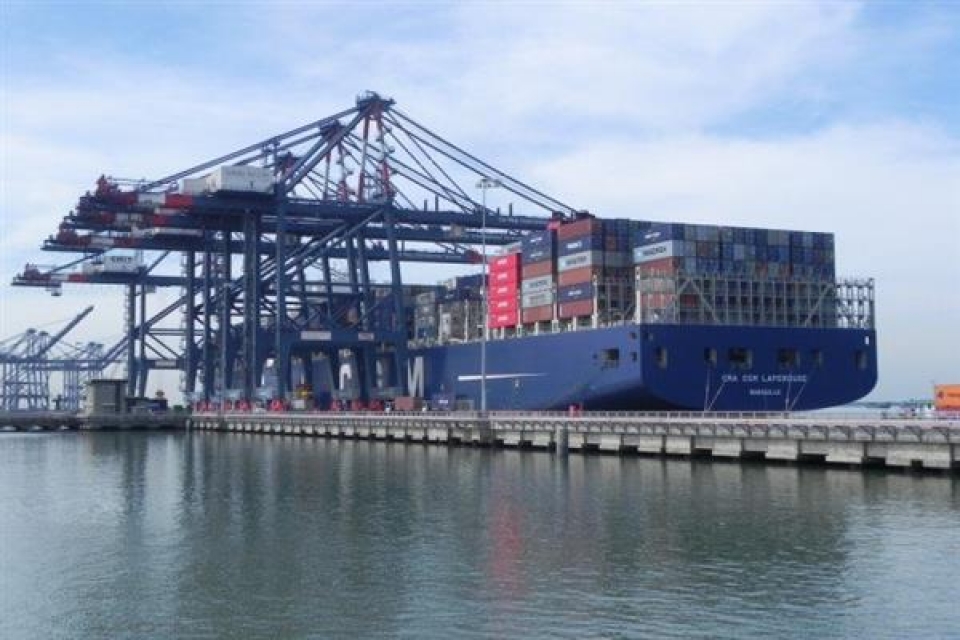 According to Tan Cang Corporation, Cái Mép deep-water port complex has great potential and is capable of receiving vessels with a tonnage of up to 20,000 TEU. In addition, the transshipment through Cái Mép port (Việtnam) port also has a great advantage in terms of time and price compared to many other countries.

Therefore, according to Tan Cang Corporation, if the Customs procedures are removed and clearer, the volume of transhipped goods in Cai Mep area shall reach a sharp growth of 50% per year with a capacity of 1.2 million TEU / year - 1.5 million TEU / year. Because the service route continues to increase at Cai Mep port and the goods and demand for transshipment among ships also rise. At present, the transshipment is facing problems with the provisions of Article 44 of Decree No. 08/2015 / ND-CP. Transhipped goods is goods transported from overseas to intermediate area, then directly transported to another country from this intermediate area and not to transport in the territory of Vietnam for export to another border gate except the case implemented according to international treaties that Vietnam is a member of Prime Minister’s decision. The transhipped goods is transported wholly or partly to another country.

In addition, in order to ensure the true nature of the transit and transshipment, it is expected that the draft decree will provide management policies for each type. For example, for transhipped goods, the Customs dossier shall only include The transportation declaration or the substitute of the declaration under the regulation of the Ministry of Finance; transportation documents and the Prime Minister's written approval for the transportation of goods banned from transshipment.

The draft decree shall clearly stipulate goods banned from transhipment (weapons, ammunition and explosive materials, military technical equipment; drugs; atomic waste and toxic chemicals on the list of toxic chemicals prohibited from import and export according to the provisions of Vietnamese law; goods subject to list of goods banned from commercial transactions under international treaties and united nations’ resolution and goods subject to list of banned goods that is only permit transhipped under the Prime Minister’s permission.

Representatives of many port enterprises have highly appreciated the guidelines of the General Department of Customs at the conference on August 9, 2017, to consult enterprizes about the draft Decree amending and supplementing Decree 08 / 2015 / ND-CP relating to Customs regulations for goods in transit and transhipped goods.