There’s a thin line between noble gratitude and bribery. Free markets will sort out the latter

Corruption in Vietnam thrives in a system which still carries heavy influences from the planned economy before 1975.
My uncle was a vice principal of a high school in Vietnam’s northern highlands and he was accustomed to his students and their parents visiting every year end. 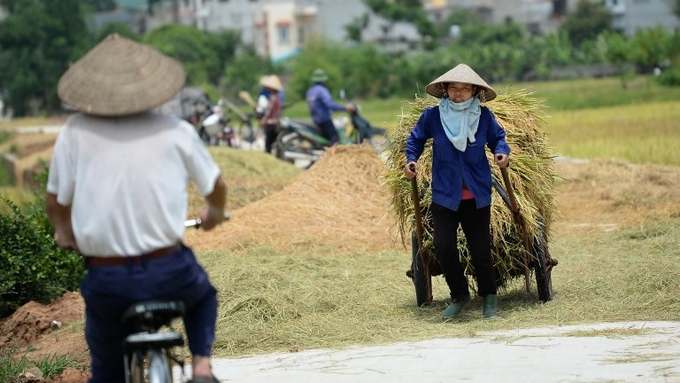 They would carry a basket or hold a sack with a rooster inside, which my uncle would cook and put on the altar on New Year’s Eve.

It wasn't just chicken. His house was full of homegrown guavas, beans, peanuts, cassava, sweet potatoes and vegetables, all gifts from his students.

My uncle said he only took a little from each of them and had to force them to bring home the rest, because “in this rural area, everyone is poor.”

The lovely memory still makes me smile many years later.

Showing gratitude is a noble thing and Vietnamese have well preserved that custom.

But the boundary between the rooster of gratitude and a thick envelope to buy personal favors is a blurry one. As it would be embarrassing to carry a rooster to someone’s house, and a rooster is no longer particularly valuable, people have switched to an envelope of, let’s say, VND2 million, or nearly $100. And before we know it, the envelope turns into a suitcase packed with banknotes.

Vietnamese laws said that those receiving a gift worth VND500,000 or more can be deemed corrupt. So there’s a joke that taking VND490,000 still makes one a good person.

The inference was just lame enough to show how laws and regulations have oversimplified corruption and failed to reflect the real problem.

Many believe that bribery is “a lubricant in the economic machine.” But people should distinguish between lawlessness and flexibility. The former is a kind of power abuse which leads to arbitrary rules and policies, while the latter keeps policies dynamic and progressive.

The rooster of the old times has turned into so many different forms.

As an economist, I would say that bribery is no “lubricant.” On the contrary, it is sand thrown into the wheels of the economy.

Bribery is destructive, especially in the long term. It reduces investment flows from within and outside the country, hindering growth and destabilizing the economy because investors see it as a kind of tax.

It falsifies public spending, reduces the quality of the infrastructure system, puts heavier pressure on poor people and widens the rich and poor gap.

It also slows down the democratic process and lessens the public and international community’s trust in the government.

Vietnam does not lack regulations to fight corruption. It has rules, decrees, resolutions, and programs to supervise everything from capital management to a reception party and banner expenses.

The ongoing corruption crackdown has been pushing ahead with stronger momentum than ever, and it has helped build public confidence. But in order to really fight corruption, besides chasing after the “rooster baskets” and verifying if their exchange followed protocols, there’s something else the country should do: economic liberalization.

Like in many other developing countries, Vietnam has plenty of space for corruption. But corruption in Vietnam also thrives due to heavy influences from the planned economy system before 1975.

Free markets tend to reduce corruption. In Vietnam, domestic trade is undermined by corruption before it is free. Foreign trade has worked the same way: corruption has reduced significantly since Vietnam started the integration process, joined the World Trade Organization and signed different free trade agreements.

Recent corruption cases mostly involve state-owned giants (such as PetroVietnam) which hold the key part in economic sectors that should have been opened to more competition.

In a free market economy, there will be fewer “rooster baskets” going around asking for favors.