VCN- After more than two years of implementation, the implementation of insurance policies under Decree 67/2014 / ND-CP of the Government (Decree 67) on the policies of certain fishery development have achieved certain results, but There are many existent problems that need joining in removing by many ministries. 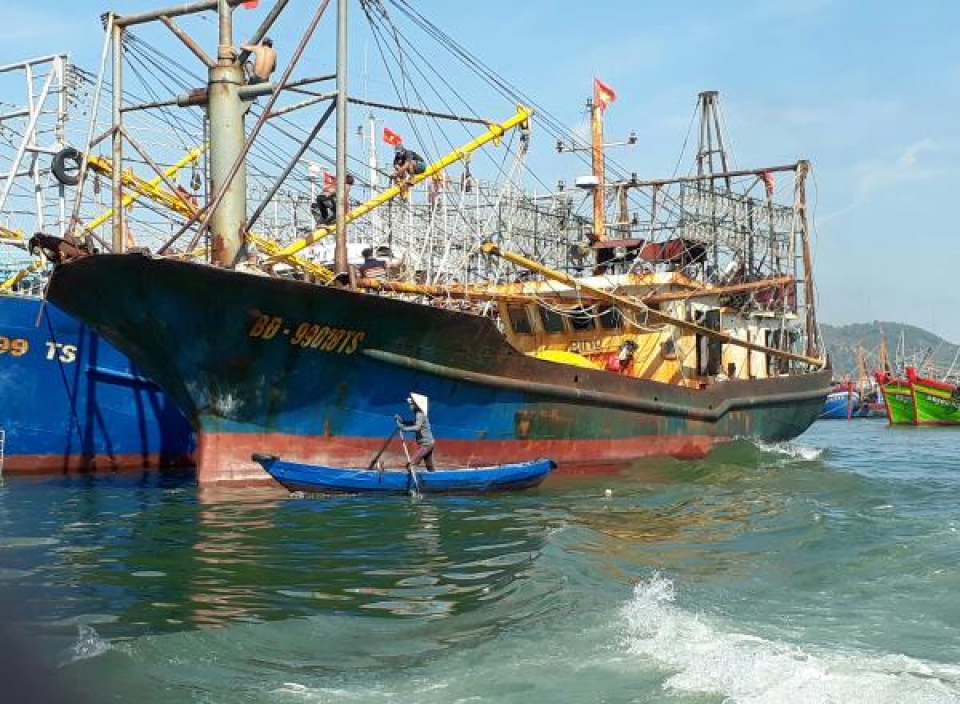 The 160 billion have been compensated.

The representatives of the Ministry of Finance said that the implementation of the insurance policy shows that this is the right policy of the Party and the State to support fishermen both in terms of people and property through the mechanism of the financial support Insurance. Compensating insurance will happen when the fishermen face with risks and disadvantages, which helps fishermen keep the peace of mind to reach the sea, developing of fishing activities in the direction of modernity and contributing to protecting the sea island sovereignty. However, it is noteworthy that the joining rate of the insurance is not high (average 2015, 2016 only about 11,000 ships with more than 100,000 crew members involved in insurance policy).

According to the Decree 67, Deputy Minister of Agriculture and Rural Development Vu Van Tam said that since the beginning of the year, because of the slow guidance, the insurers have not continued to carry out the insurance under Decree 67. This made Commercial banks not to disburse funds for the rebuilding of vessels. In addition, the fishermen have finished the ship without the insurance, so they are impossible to go to sea. Mr. Tam suggested it is necessary to add more insurance companies in each locality rather than just the one company like the present.

If the insurance continues to be supported, the vessel must be classified

In details, the representatives of the Ministry of Finance said that the current level of state budget support for people to implement the insurance policy under the Decree 67 is at the highest level (the State budget supports the insurance for vessel's trunk, device and fishing net from 70-90% of the vessel's value depending on capacity), compared with other policies (the state budget only supports 50% of hull insurance under the Decision 38 / 2012 / QD-TTg dated 26/6/2013 amending and supplementing Decision 48/2010 / QD-TTg dated 13/10/2010 of the Prime Minister that were promulgated some policies to encourage to exploit and raise aquaculture marine products and services of exploitation of seafood in remote waters). Therefore, if the state budget continues to support the insurance premium, the Ministry of Finance proposes that for the hull insurance policy, equipment and fishing gear on board continue being given priority to support under the Decree 67 with the types of fishing vessels to be encouraged to develop and offshore logistical services.

However, marine fishing vessels are not encouraged to develop because they cause the risk of exhausting fisheries resources. The Ministry of Finance's proposal only supports about 50% of the cost of insurance. In addition, the proposes of the Ministry of Finance also specify the list of the types of priority ship to support the hull insurance as well as the process of approving beneficiaries as a basis for prioritizing the implementation of insurance policies at which it is clear to define the responsibilities of the relevant agencies and the deadline for completion.