Prime Minister Nguyen Xuan Phuc agreed in principle that the three special economic zones being planned by the Government to spearhead the country’s economic growth should enjoy special regulations and fewer limitations to woo investments. 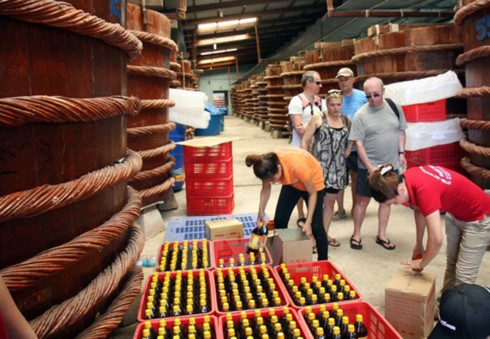 Conference participants agreed that the law needed to provide additional incentives than those stipulated by current legislation in order to create outstanding advantages for special economic zones.

For example, the Law on Land allows land lease of up to 70 years in economic zones, while many such zones in the world allow it for up to 99 years.

He agreed, saying that the Law on Special Economic Zones should consider lifting land lease duration and allowing the use of assets associated with land use right as mortgages at foreign credit institutions to create favourable conditions for investors but still comply with the Constitution 2013 as well as international regulations.

In addition, the law must create a fair, transparent and stable investment environment and ease barriers to investments, he said, adding that the compilation of the law must study the benefits and trade-offs in the short and long terms for the country and investors.

He stressed that it was critical to identify the competitive advantages of each special economic zone to direct investments into sectors of priorities and promote sustainable growth.

The PM asked the Ministry of Planning and Investment to complete the draft law and present it to the National Assembly for review in October.

The Vietnamese Government agreed to build three special economic zones to spearhead the country’s growth. One would be located in the coastal district of Van Don in the northern province of Quang Ninh, another in Bac Van Phong in the central province of Khanh Hoa, and the third on Phu Quoc island in the southern province of Kien Giang.

Currently, there is no special economic zone in Vietnam, although the country had 18 coastal economic zones, 27 border economic zones and 325 industrial zones. Vietnam established the Vung Tau-Con Dao Special Economic Zone in 1979, but it was dissolved in 1991.

The Ministry of Planning and Investment expects the three special economic zones to contribute billions of dollars to the gross regional domestic product (GRDP) each year from 2020 onwards.

Tax and fee collection in Bac Van Phong is estimated to total 2.2 billion USD, added value generated by businesses 10 billion USD in the 2017-30 period, and contribution to the Khanh Hoa province’s GRDP growth 6 percent and GDP per capita 9,500 USD in 2030.

In Phu Quoc, tax and fee collection is expected to total 3.3 billion USD, added value generated by businesses 19 billion USD in the 2017-30 period, and contribution to Kien Giang province’s GRDP 27 percent and GDP per capita 13,000 USD in 2030.