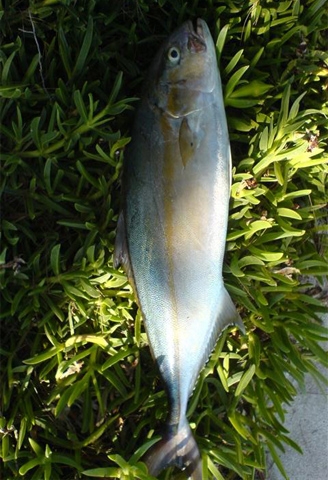 Seriola dumerili is a marine fish species of the catfish family, distributed in the Mediterranean, Atlantic, Pacific and coastal areas. of the Indian Ocean and recorded in some waters of Central Vietnam 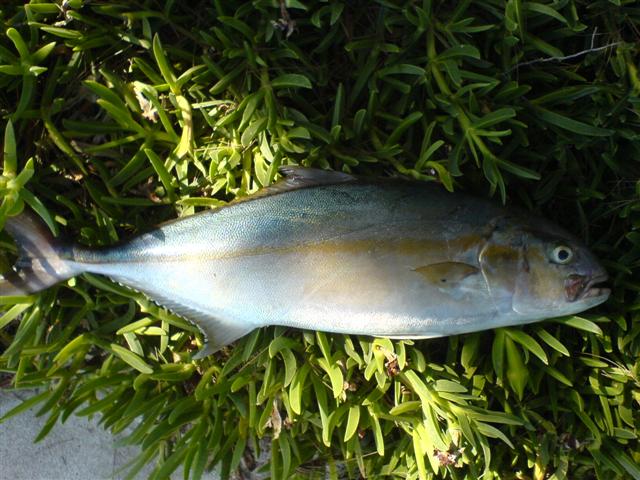 The orca is a finfish fish, finned with a fairly large size. The fish is about 1.5 kilograms in size. It is a diamond, with a white, silver scales, with a yellow border between the tail and the tail. eye-catching, soft orange fish head, fleshy orange fish, firm and fat meat, rich meat, sweet and aromatic flavor. [1] [2] Fish have long body, flat side. The back is well curved, the belly is relatively straight. Head flat side, head length is approximately the height of the body. The pointed muzzle, 1.5 times the length of the eye. Spiked teeth, forming a wide belt and directed into the mouth. The teeth grow in broad band on the bones of the cane and grow into the belts on the female bones. The gill box is not attached to the breastbone. The bristles are long and hard.
The entire body, cheeks, head and gills covered with small scales. Absolutely complete, no scab. The first dorsal fin has a spine that grows upside down. Pectoral fins are short, oblong, ventral fins are longer than pectoral fins. The back is brown in color, the back is white in color. The trunk has a yellow band that runs from behind the eyes to the tail. The gray fins are dark gray. The striped orangutan is a pelagic fish gathering in small flocks near the coast or offshore islands and islands. They are a powerful sporty fish, eating a variety of baits ranging from false bait, live bait or cut fish.