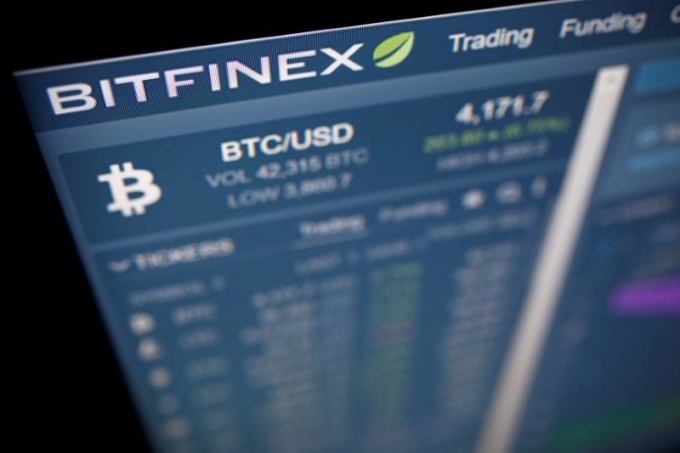 South Korea said on Wednesday it may tax capital gains from cryptocurrency trading as global regulators worried about a bubble, with Australia's central bank chief warning of a 'speculative mania" that has seen the digital asset making rip-roaring gains.

As bitcoin futures made their world debut on a U.S. stock exchange this week, policy makers have been forced to contend with cryptocurrencies becoming more of a mainstream play and the need to regulate them.

The world's biggest and best known cryptocurrency, bitcoin , surged past $17,000 to new all-time highs this week, marking an almost dizzying 20-fold rise this year and feeding fears of a bubble.

Australia's central bank governor Philip Lowe warned on Wednesday the fascination with the assets felt like a "speculative mania."

The comments come days after his New Zealand counterpart said bitcoin appeared to be a "classic case" of a bubble, and cast doubt on its future. The chairman of the U.S. Securities and Exchange Commission (SEC) on Monday warned trading and public offerings in the emerging asset class may be in violation of federal securities law.

Digital currencies are very popular across Asia, with many retail investors giving up their daily jobs to trade them full time in countries such as Japan and South Korea, which together make up for more than half the global trading volumes by some estimates.

But the possibility of major losses if the bubble bursts and wild gyrations of 10-30 percent in a single day have instilled a sense of urgency among policymakers to come up with a regulatory response.

In Seoul, after an emergency meeting on Wednesday, South Korea's government said it will consider taxing capital gains from trading of virtual coins and will also ban minors from opening accounts on exchanges, according to a statement obtained by Reuters ahead of its official release.

To be eligible, exchanges in South Korea will need to uphold investor protection rules and disclose all bid and offer quotes.

"The regulations in Korea will not have a negative effect," said Thomas Glucksmann, head of marketing at Hong Kong-based exchange Gatecoin, adding that on the contrary, "licensing brings certainty, which encourages already regulated entities ... to get involved in addition to sceptical retail investors."

In an interview with Reuters on Tuesday, the Seoul-based operator of the world's busiest virtual currency exchange Bithumb, said it will fully comply with potential regulations from the South Korean government and adequately capitalize itself to protect its clients.

Elsewhere in Asia, China in September ordered Beijing-based cryptocurrency exchanges to stop trading and immediately notify users of their closure, in a move aimed at limiting risks in the speculative market. Economists and cryptocurrency advocates say the move was also intended to close an avenue used to evade Beijing's capital controls.

Japan requires crypto-currency operators to register with the government. The Japanese government in April granted cryptocurrencies legal status as a means of settlement and in September officially recognized 11 digital currencies exchanges.

Bitcoin-related shares in Seoul slumped in early trade on news of the government's emergency meeting, before rebounding as the statement did not mention harsh restrictions. Vidente Co Ltd and Omnitel Inc, which hold stakes of Bithumb, were up 4 percent and 7 percent, respectively. Bitcoin mining-related company JCH Systems Inc were up 1 percent.

While crypto trading has attracted anyone from hedge funds and finance professionals to housewives and college students, it is yet to lure institutional asset managers whose mandates require them to make long-term investments which do not chime with highly-volatile digital currencies, whose fundamental values are also difficult to define.

"BlackRock's view is that this isn't a financial asset that we would trade in terms of equities or fixed income instruments," said Belinda Boa, head of active investments for Asia Pacific, BlackRock.

"There are questions around the store of value and the fact that actually for our clients we're looking at longer term investments."