Questions and answers on 'net neutrality'

What does net neutrality mean for the global internet?
U.S. regulators are set to vote Thursday on a plan overhauling rules for internet services providers. The action by the Federal Communications Commission is likely to end so-called "net neutrality." 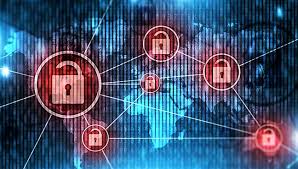 Here are some questions and answers:

What is net neutrality and why is it important?

The concept dates back to the early days of the web, and requires internet service providers to treat all data equally -- prohibiting the blocking of sites or services for competitive reasons, and banning "fast" and "slow" lanes for different kinds of online traffic.

Backers of net neutrality argue that the handful of high-speed U.S. internet service providers have incentives to block or degrade services that compete with their own offerings, in areas such as streaming video, calling or even web search.

How did we get here?

The debate has been raging for over a decade with court and administrative challenges. Neutrality activists have staged street and online protests, backed by many major tech firms and Hollywood celebrities. The large broadband firms meanwhile have invested heavily in lobbying.

Tim Wu, the law professor who coined the term "net neutrality," said the concept dates back to the 1970s, when regulators sought to ensure that the telecom monopoly at the time, AT&T, did not block or discriminate against emerging data services over phone lines.

The FCC in the early 2000s sought to enshrine these concepts in rulemaking, but federal courts twice ruled the agency lacked authority because internet service providers (ISPs) were not "common carriers" like phone companies.

In 2015, the FCC got around the court rulings by declaring that broadband firms were in fact "common carriers" that may be regulated under a 1934 law. This angered ISPs and their backers who feared it would open the door to price controls and "heavy-handed" regulation.

Ajit Pai, appointed FCC chair by President Donald Trump, signaled his intent to roll back the 2015 rules, claiming it would restore a "light touch" regulatory approach, calling it the "Restore Internet Freedom" plan.

Critics contend the plan could kill the open internet as we know it. Activists say Pai is doing more than just rolling back the clock, pointing out that net neutrality has been largely enforced under both Republican and Democratic administrations, citing the "four internet freedoms" outlined in 2005 by then-chairman Michael Powell.

It remains unclear how the big ISPs will respond. Their main trade group has pledged the firms would refrain from blocking, throttling or degrading any "lawful" content or application.

"There would be a great deal of resistance" to any type of discrimination, says Doug Brake, a policy analyst with the Information Technology and Innovation Foundation, a Washington think tank.

"And it's not just social pressure," Brake said, noting that any effort to block competing services could invite antitrust scrutiny and likely lead to strict neutrality rules in a new administration.

The large broadband firms -- including AT&T, Comcast and Verizon -- say nothing will change in how the internet operates, but that they will have a freer hand to innovate and invest in new technologies.

Instead of simply blocking rivals, the ISPs may step up special offers for customers, such as free access to sports from mobile devices.

However, the new measure is likely to face court challenges, "with advocates arguing that the conclusions made by the agency are inconsistent with how the internet functions," according to Ferris Vinh, policy counsel at the Center for Democracy & Technology, a digital rights organization.

Some activists fear ISPs will seek to extract higher fees from services which are heavy data users such as Netflix or other streaming services, with these costs passed on to consumers.

More likely to feel the pain would be new startups without the resources of Google or Facebook.

"What this fight is really about is whether the next generation of tech companies will have the space to innovate and spread new ideas," Vinh said.

The FCC says its new plan requires "transparency" from internet firms and that complaints would be investigated by another agency, the Federal Trade Commission, which deals with consumer protection and antitrust matters.

What does this mean for the global internet?

The U.S. situation is unique because it relies on private carriers creating and investing in their own networks, while many other countries share network infrastructure from a current or former telecom monopoly.

The new rules, backers say, are adapted for the U.S. systems.

"The hope is it incentivize companies to explore new technologies and develop new ways to compete in a high fixed-cost industry," Brake said.