Promoting cooperation in palm oil and paper industries between Indonesia-Vietnam 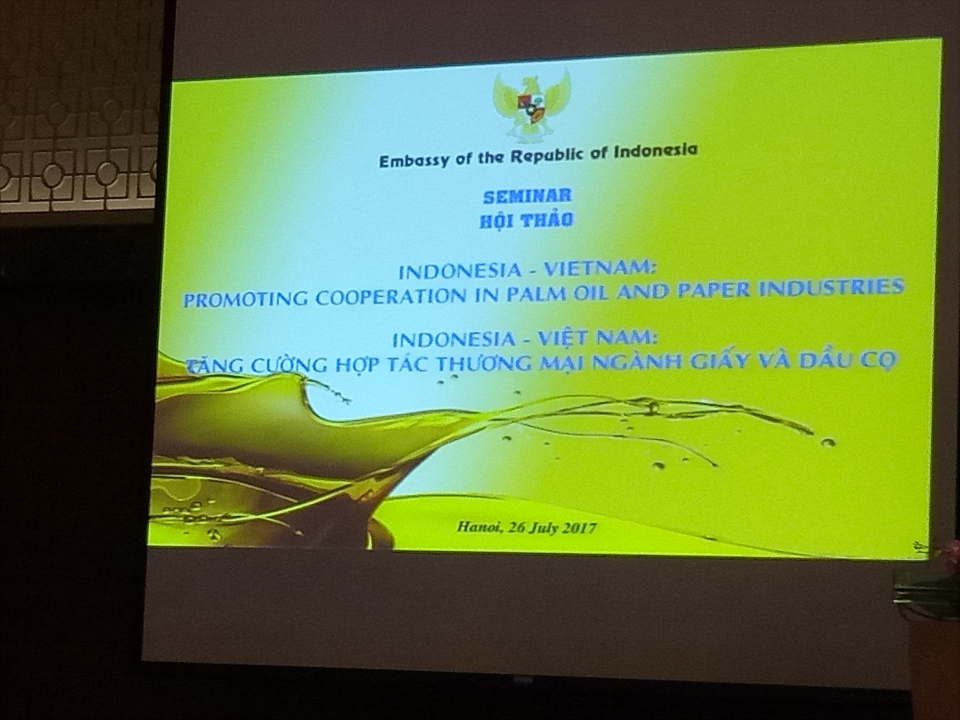 The seminar to facilitate enterprises to have a chance to make contact directly to each other in order to secure their own sources of palm oil and paper supply.

At the seminar, the Indonesian Ambassador to Vietnam Ibnu Hadi said that the bilateral relations between Indonesia and Vietnam have increased recently. The total volume of bilateral trade gained US$ 5.5 billion in 2016 respectively.

The two countries' leaders have committed to reach the bilateral trade volume of US$ 10 billion by 2018. For the year 2016, Paper was the 3rd largest commodity in term of value exported from Indonesia to Vietnam with a total value recorded of US$ 181 million. Followed at 4th place was the animal, vegetable fats, and oil products, including palm oil import from Indonesia to Vietnam with a total value of $US 161 million. And on the world wide scale, for the same year 2016, Indonesia was the 2nd largest exporter to Vietnam for Animal and Vegetable oil and 3rd largest exporter for the paper.

It is acknowledged that Indonesia was ranked top 14 worldwide for exporting paper (US$ 3.2 billion). The main paper product exporting from Indonesia is A4 paper.