Pacific trade deal without US could go ahead at upcoming APEC summit in Vietnam: official

Billed as the world's biggest trade deal, the Trans-Pacific Partnership was tossed into disarray in January after President Donald Trump pulled the U.S

The 11 remaining Trans-Pacific Partnership members appear ready to make clear their plans, with or without the US.
Following intensive discussions in the wake of the U.S. withdrawal from a massive free trade deal, the 11 remaining members of the Trans-Pacific Partnership (TPP) are forecast to outline their plans at the Asia-Pacific Economic Cooperation summit to be hosted in Vietnam next month.

APEC Executive Director Alan Bollard told CNBC in an interview that the group may discuss their plans on the sidelines of the summit in the central city of Da Nang.

“We have spent the first part of this year really digesting what differences the U.S. administration really might mean for trade policies and some of the latest stuff we’re doing.

“I think we’ve got a clear picture on that now,” Bollard said.

He said the TPP 11 may make an announcement regarding the final fate of the trade deal at the APEC Leaders Meeting in Da Nang in a few weeks.

“One possibility could be that they decide to go ahead with some changes reflecting the fact that the U.S. is no longer there,” he said.

But he said the door may be left open for the U.S. to return.

“Some of the points that the U.S. was promoting very strongly are no longer there in the agreement, but may come in if and when the U.S. decides they want to come in.”

The APEC summit, the second hosted in Vietnam since 2006, is a key gathering of leaders from 21 member economies including some of the world’s biggest.

The leaders' meeting on November 11-12 will be attended by China’s Xi Jinping, Russia’s Vladimir Putin and Donald Trump, who is also scheduled to fly to Hanoi for his first state visit to the country at the end of the summit.

Two years ago, the 12 members of APEC drafted an agreement for the Trans-Pacific Partnership.

The export-driven Vietnamese economy was one of those expected to enjoy the biggest economic benefits through greater access to the U.S. market.

But the trade pact, which aimed to cut trade barriers in some of Asia’s fastest-growing economies, was thrown into limbo in January when Trump withdrew from the agreement to prioritize protecting U.S. jobs. 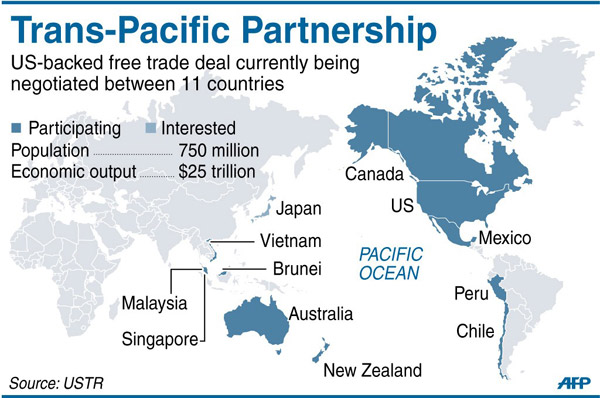 Negotiators have met in Sydney and Tokyo to discuss the road ahead.

During the meeting in Sydney in August, Vietnam raised the prospect of making changes to labor rights and intellectual property (IP) provisions in the original pact, Reuters reported.

The original TPP offered an eight-year window before competitors could gain access to proprietary pharmaceutical data, which critics said would impede development of cheap generics.

The agreement was seen as particularly onerous on Vietnam, which would have been forced to make significant reforms, analysts said.

“There’s not much sense to agree to provisions they don't really want such as stronger monopolies on medicines if they are not going to get access to the U.S. market," Reuters quoted Patricia Ranald, a research associate at the University of Sydney, as saying.