Operator of Vietnam’s sole oil refinery valued at $3.2 billion ahead of IPO

An initial 5-6 percent stake will be on offer to the public, but a controlling stake could be on the table if a strategic investor comes up with the goods. 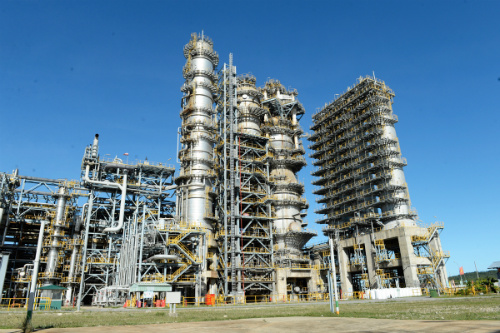 Binh Son Refinery (BSR), the operator of Vietnam’s only oil refinery, was valued at VND72.88 trillion ($3.2 billion) at the end of 2015, with the state holding a 60 percent stake, according to the Ministry of Industry and Trade.

An affiliate of national oil and gas group PetroVietnam, BSR is preparing for an initial public offering (IPO) later this year.

CEO Tran Ngoc Nguyen said BSR will sell 5-6 percent of the company’s shares to the public in an IPO scheduled for November.

The operator of the Dung Quat Oil Refinery will allow its employees to buy a combined 0.07 percent stake within the year and look to attract strategic investors next year.

Chairman Nguyen Hoai Giang told Reuters in a Thursday report that Vietnam’s government had recently given permission for BSR to sell more than half of the company to either foreign or domestic strategic investors, giving a potential buyer a controlling stake.

BSR had been in talks with Japan's JX Nippon Oil & Energy Corp., South Korea's SK Energy Co and Russia's Gazprom Neft, among others, but the talks had failed to progress, he said.

Dung Quat Oil Refinery in the central province of Quang Ngai now meets around a third of Vietnam's demand for fuel and oil products with an annual capacity to process 6.5 million tons of crude oil each year.

Costing $3 billion, the refinery posted revenue of VND21 trillion ($923 million) in the first quarter ending March, or 33 percent of its full-year target.

The result paints a bright picture after BSR projected revenue this year at VND62.4 trillion, down 17 percent from 2016 on an expected drop in crude oil prices and shorter production time due to maintenance work.