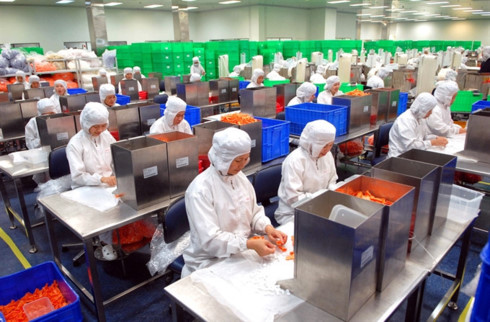 The Deloitte Global Manufacturing Competitiveness Index for 2016, the Business Times said, noted that by 2020 – Malaysia, Indonesia, Thailand, India and Vietnam – could quite possibly rank among the top 15 manufacturing countries in the globe.

Manufacturing labour costs in Indonesia, according to Deloitte, currently run about one-fifth of those in China, while in Vietnam and India they are about half the level of the most populous nation in Asia.

The five Southeast Asian countries have a few distinct longer term competitive advantages over China, Deloitte said, such as better prospects for a continued growing younger workforce over the next three decades.

In addition, a Regional Comprehensive Economic Partnership currently under negotiation among ASEAN and India, China, Australia, the Republic of Korea, Japan and New Zealand holds great promise for higher levels of commercial and services trade for the Southeast Asian regional bloc.

Executives of leading multinationals are also taking a long hard look at these same five countries, especially Vietnam, as alternative manufacturing bases, said the Business Times, based on its review of interviews published in Voice of Asia.

The executives cited by the Business Times all stated they were currently operating in ASEAN and were sanguine on continued prospects for their companies to prosper in terms of sales and earnings within ASEAN, especially expressing optimism with respect to Vietnam.

The list of executives included those from Borden Company (PTE) Limited, which has been successfully selling its green Eagle Brand medicated oil produced in Vietnam since the 1960s.

Similarly, Singapore-listed Darco Water Technologies said it is bullish on Southeast Asia, and Vietnam, even as it expands in China through a recent acquisition. The ASEAN market for environment solutions, whether water or waste, is very big, said CEO Thye Kim Meng.

Real estate firms are also eyeing opportunities in Vietnam and other ASEAN markets, said the Business Times. Real estate broker Huttons was one of the first agencies in Singapore to expand into the Vietnamese and Cambodian markets.

In 2015, new laws opened the Vietnamese real estate market to expatriates. Restrictions on foreign investors in the region would continue to ease and most likely cause investments to rise, said ZACD Group chair Kain Sim.

Lastly, the Business Times cites Surbana Jurong, a Singaporean government-owned consultancy company focusing on infrastructure and urban development. It was formed in June 2015 with the merger of Surbana International Consultants and Jurong International Holdings.

Surbana Jurong is proposing an integrated resort in Vietnam and building hydro-electric dams in Malaysia, which have benefited tremendously by the formation of ASEAN and the consequent lowering of tariff and elimination of other barriers to market entry.