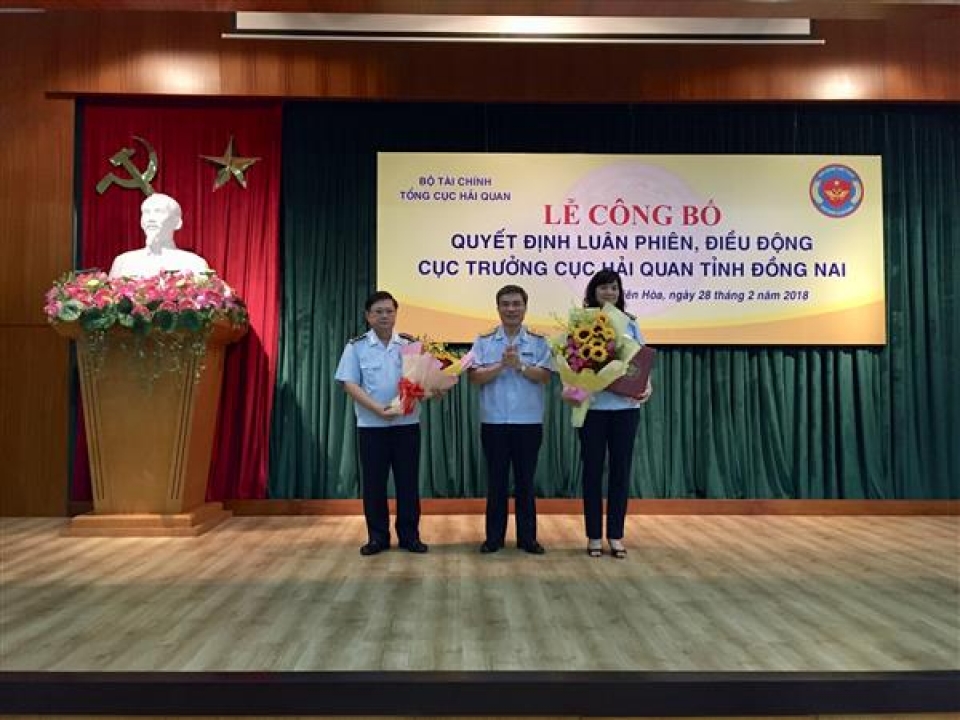 At the ceremony, Deputy Director General Nguyen Duong Thai stated that under the current provision for changes of leader position, the leader of a unit is not allowed to hold this position for more than 2 terms. Mr. Le Van Danh has served as Director of Dong Nai Customs Department since 2006, thereby, it is time to change.

For Mrs. Phung Thi Bich Huong, Mr. Thai said that she has served as Director of Legal Department since 2006. She made great contributions in completing the Customs legal framework, especially the amendment of the Customs Law. With her experience and knowledge of Customs regulations, Mr. Thai believed that Mrs. Huong would do her best as Director of Dong Nai Customs Department.

First, she needs to continue inheriting the results achieved by Mr. Danh in recent times, and to maintain the Dong Nai Customs as the leading unit in many aspects.

Second, she needs to fulfill the tasks assigned by the General Department of Vietnam Customs and Ministry of Finance such as revenue collection, Customs modernization and reform, prevention of smuggling and trade fraud, enhancement of effectiveness and efficiency of Customs officers and solving the problem of increasing work load, but at the same time, reducing workforce.

Third, she needs to connect and coordinate with departments, boards and sectors in the province to accomplish the tasks.