Local brands in the fast-moving consumer goods (FMCG) sector in Asian countries, including Vietnam, have made distinct improvements which have helped them surpass multinational rivals, according to recent market research reports. 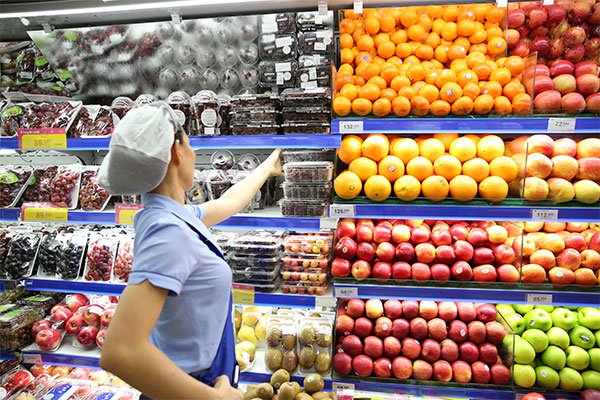 Market research firm Kantar Worldpanel yesterday released its second annual Asia Brand Power zeroing in on the powerful partners behind Asian brands’ success, responding and tailoring to consumers’ changing needs, driving and reshaping the FMCG market in Asia.
According to the report, local brands are outperforming their foreign counterparts in several FMCG sectors, and are especially dominating a huge consumer base in rural areas which their rivals have not fully tapped.
In particular, local brands account for a combined 78% of the market, 3.5 times higher than their multinational rivals in rural areas. Meanwhile, the figure for urban areas is 71%.
“Their advantage is not only a deeper understanding of local tastes but also a wider distribution supported by local retail partners from traditional trade to modern trade,” said David Anjoubault, general manager of Kantar Worldpanel Vietnam.
The report also reveals that having a strong partnership with local retail power players has kept them grounded and continued to advance and outperform multinational brands. Local retailers are regarded as gatekeepers of these brands.
Nguyen Thanh Nhan, general director of the Saigon Union of Trading Co-operatives (Saigon Co.op), said the company has consciously decided not to focus on imported products with a high price tag. Instead it has supported high quality Vietnamese products.
“We developed a win-win relationship and partnership with local suppliers. At the same time, we have encouraged a spirit of national pride: Vietnamese people prefer Vietnamese goods. As a result, we have an affordable pricing strategy and a very strong shopper preference,” he stressed.
Marcy Kou, managing director of Asia at Kantar Worldpanel, explained that local retailers have helped make local brands more mentally available than their multinational rivals. Besides, they support innovative retailer strategies that are both anticipating and responding to Asia’s changing shopping habits.
Earlier, global market research firm Nielsen conducted an analysis of the Top 100 FMCG players across Asia Pacific in 2016, with super categories surveyed: food, beverage, household and personal care.
According to Nielsen, multinational companies reported growth of a mere 2% in 2016, down from 5% in 2014. Meanwhile, local players in Vietnam posted growth of 7%, up from 5%, and contributed 42% to total FMCG sales.
The analysis indicates food and beverage categories have long been hailed as the stronghold of local players accounting for 69% and 45% market share respectively.
Despite the domination of multinational companies, local players secured strong growth in household care and personal care categories at 13% and 9% respectively.
Local firms are offering products of increasingly higher quality with competitive prices. They often have a strong on-the-ground presence and a sustained distribution network that ensures their products are readily available to consumers, not just those in major cities, but in secondary cities and regions where consumption is accelerating, said Nguyen Anh Dung, head of Retail Measurement Services at Nielsen Vietnam.