Recently, authorities of Hai An District, Hai Phong have announced to the import-export enterprises on the payment of port infrastructure charges. Haiphong's tough message about coercive measures for businesses that do not pay fees and fail to abide by the decision to impose administrative sanctions has been raised, but some business associations said they disagreed with this action of Hai Phong and would continue to make recommendations on this issue. 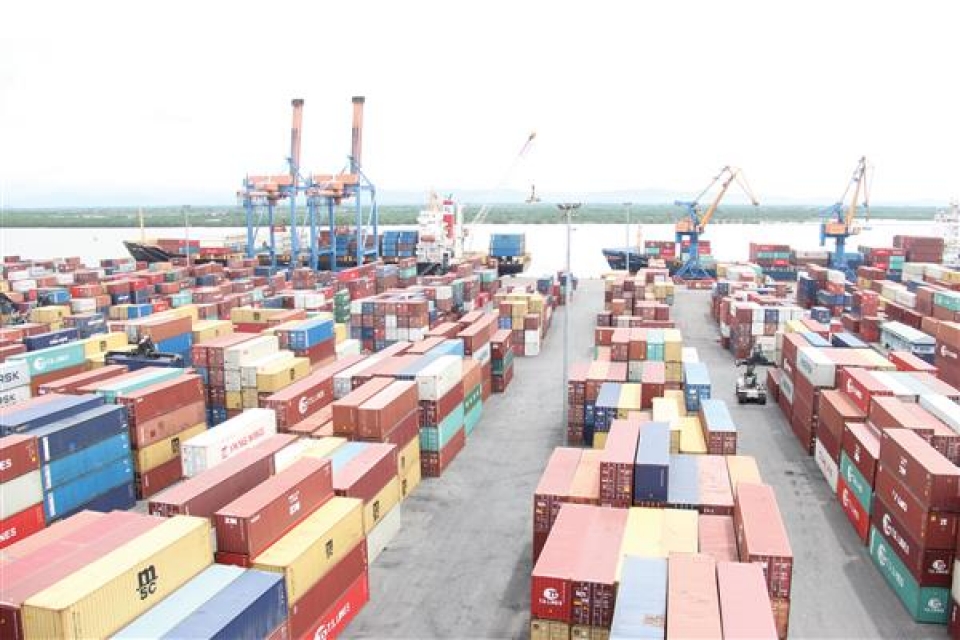 Enforcing if the fee and charge are not paid

On 21st August 2017, the People's Committee of Hai An District, Hai Phong has issued Notice No. 1088 / TB-UBND, which will apply administrative sanctions for enterprises not paying fees for seaports before 15th September 2017. This again warmed up the story of seaport infrastructure charges that have been happened for the last 8 months. In this notice, the People's Committee of Hai An District said that during the implementation of fees collection, most businesses were executing, but still some companies were deliberately ineligible and did not pay fees as prescribed. Therefore, the authorities have required enterprises have shipments that have exported and imported through Hai Phong ports from 1st January 2017 to urgently pay fees for these shipments before 15th September 2017. After this date, if enterprises have not yet submitted, Hai An District People's Committee will handle the administrative violations and if enterprises do not voluntarily abide by the decision on sanctioning administrative violations, the district will apply coercive measures according to the provisions of law and concurrently stop the import/export of goods into or out of ports.

In the early days of 2017, public opinion was heated around the story of Resolution No. 148/2016 / NQ-HDND dated 13th December 2016 of the Hai Phong People's Council on the rates of fee collection, remittance, management and use of infrastructure facilities, public works, and facilities in Hai Phong seaport. According to the content of Resolution 148, the port fee for temporarily imported goods for re-export, for containers of 20 feet of dry cargo is 2.2 million VND, for 40 feet containers is 4.4 million VND. The fee for imported and exported goods is 250,000 VND (for 20 feet containers) and 500,000 VND(for 40 feet containers). Given that this resolution was issued incorrectly with the order and content unreasonable, adding to the burden on enterprises, a series of recommendations of associations and organizations representing enterprises interests have been sent to the Government to abolish the resolution of the Hai Phong City People's Council.

However, only 3 days after the People's Committee of Hai An District issued this notice, the Office of the Government issued the official letter No. 9014 / VPCP-KTTH dated 24th August 2017 to the Ministry of Finance and the Hai Phong City People's Committee about the opinion of Deputy Prime Minister Vuong Dinh Hue on the use of facilities and infrastructure of Hai Phong seaport. Accordingly, Deputy Prime Minister requests these agencies to comply with the direction of the Prime Minister in Official Letter No. 5036 / VPCP-KTTH dated 16th May 2017 of the Office of the Government.

Regarding this issue, in February 2017, the General Department of Vietnam Customs sent an official dispatch that Hai Phong Customs is not be allowed to request businesses to submit papers outside the Customs profession, including certificates related to the payment of maritime infrastructure fees for goods clearance as proposed by Hai An District.

Recommending Hai Phong to have dialogues with businesses

Speaking to the Customs Newspaper on this issue, Mr. Nguyen Tuong, the Deputy Secretary General of the Vietnam logistics service industry association, said that the association recently received an official dispatch from the Hai Phong Department of Finance. The tariffs under Resolution No. 148/2016 / NQ-HDND for liquid and bulk goods are reduced from 20,000 VND per ton to 16,000 per ton. Representatives of the Vietnam Logistics Service Association said that the Department of Finance had listened to the opinions of the enterprises and the instructions of the Deputy Prime Minister to consider reducing the fees after 8 months from the time the Resolution takes effect. However, Nguyen Tuong also said that the Association did not agree with this reduction, the reason for not agreeing the reduction was unreasonable fees.

According to Mr. Nguyen Tuong, nowadays, according to Decision 200 / QD-TTg of the Prime Minister approving the action plan to improve competitiveness and development of logistics services in Vietnam by 2025, the goal is to reduce the cost of logistics services while these costs have been increasing logistics service fees. In addition, the representative of the Association of Logistics Service Enterprises also stressed that the Prime Minister in July meeting decided to take the year 2017 was the year to reduce costs for businesses. From the above issues, Mr. Nguyen Tuong emphasized, the Association of Logistics Service Enterprises still resolutely proposed to the leaders, authorities and the Hai Phong People's Council to considered abolishing this resolution, as the contents of the letter in January 2017 of the Association proposing this issue.

According to Mr. Dao Huy Giam, Secretary General of the Vietnam Private Sector Forum (VPSF), on the process of promulgating Resolution 148, the private sector said that Hai Phong issued incorrect regulations, with high charges compared to the cost of service and the actual cost of service at the time of service delivery. "Business associations and private business forums will continue to recommend to Hai Phong, which proposes the Hai Phong People's Committee to have dialogues with businesses on the process of issuing legal documents and fees", Mr. Dao Huy Giam said. At the same time, the representative of VPSF also added, after TP. Haiphong issued Resolution 148, the Private Economic Forum and business associations officially sent documents to the Hai Phong People's Committee. This is inappropriate behavior in management and management. At the same time, the VPSF representative said that the Deputy Prime Minister's comments on this issue need to be taken seriously.

Also at the notice of Hai An District People's Committee, from 21st September 2017, Customs offices and businesses of ports and warehouses of Hai Phong will stop importing goods into ports if the enterprises have not paid the duty. The District People's Committee will announce the list of these shipments to customs offices and port dealers and warehouses to coordinate implementation. In this regard, according to Hai Phong Customs Department, during implementation of Decision 1637 / QD-UBND dated 27th June 2017 of the Hai Phong People's Committee on regulations on the collection of charges for the use of infrastructure facilities, public works and facilities in the area of Hai Phong seaport, the Hai Phong Customs Department is responsible for assisting the authorities to collect fees and allow imported and exported goods into or out of ports under the jurisdiction of port business.