Growing a digital economy in Vietnam

Vietnam should use emerging information technology including cloud computing, e-commerce and the internet of things to shore up the digital economy, said experts at the second Vietnam Private Sector Forum. 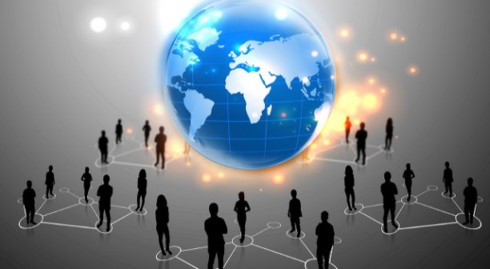 The digital economy has enormous potential, General Secretary Dao Huy Giam, of the Forum said at the seminar in Hanoi, citing rapid growth in information consumption, mobile payments and e-commerce.

Traditional industries should pick up the pace to transform the Vietnamese economy to become more digitized, intelligent and green.

Although there is no way to accurately measure, experts all agree, said Mr Giam, that the Vietnamese domestic private sector remains in the dark ages and lags far behind the rest of the world when it comes to moving into the digital age.

Some experts who have attempted to quantify the matter suggest that only 1.7% of local businesses are involved in the digital economy and contribute less than 5% to the gross domestic product.

These experts also say that a worker employed by a foreign private sector business in Vietnam contributes three times more added value that a domestic worker and most of this can be attributed to the use of computers.

In addition, Mr Giam noted, that information technology in and of itself creates new segments and new business models for the economy.

In other words, what Mr Giam was referring to is that the Vietnam private sector can be viewed from the perspective it has three components – the raw materials sector, the manufacturing sector and the services (or tertiary) sector.

Services is the sector of the Vietnamese economy that principally provides products to consumers using goods produced by the other two sectors.

Mr Giam emphasized the need to further open the telecom segment of the services sector as well as provide more support for research and development of innovative technology, and cyberspace security.

The digital economy has the potential to become a major growth driver for the Vietnamese economy, which lags woefully behind the rest of the world in the modern age of the Internet in which we live.

In his speech, Mr Giam called for more effort on integrated development of small firms and industrial giants.

As a result, innovation would be more efficient, manufacturing would improve, and economic and industrial upgrades would be pushed forward, Mr Giam said.

During the seminar, Mr Giam also urged continued efforts to offer faster and more affordable Internet services, which would help improve business competitiveness and increase movement to the digital economy.

Nguyen Trung Chinh, head of the VPSF working group on the digital economy, in turn noted that the best estimates of e-commerce revenue for 2016 in Vietnam was an embarrassing low US$900 million.

Though these estimates amount to little more than guesses as no one knows the true figure— from a country that has 60 million smartphone users the numbers indicate there is substantial room for growth in e-commerce.

Today, with more than half of all internet traffic coming from a mobile device, it's the responsibility of the private domestic sector to step up – not the government – to grow the digital economy in Vietnam.