Labor productivity is considered as the leverage of enterprises and potential to attract investment capital, but in Vietnam, in recent years, the minimum wage has continuously increased over the years but labor productivity decreased. This has led many people to question why the productivity of Vietnamese workers is low? How to solve the problem of raising labor productivity? 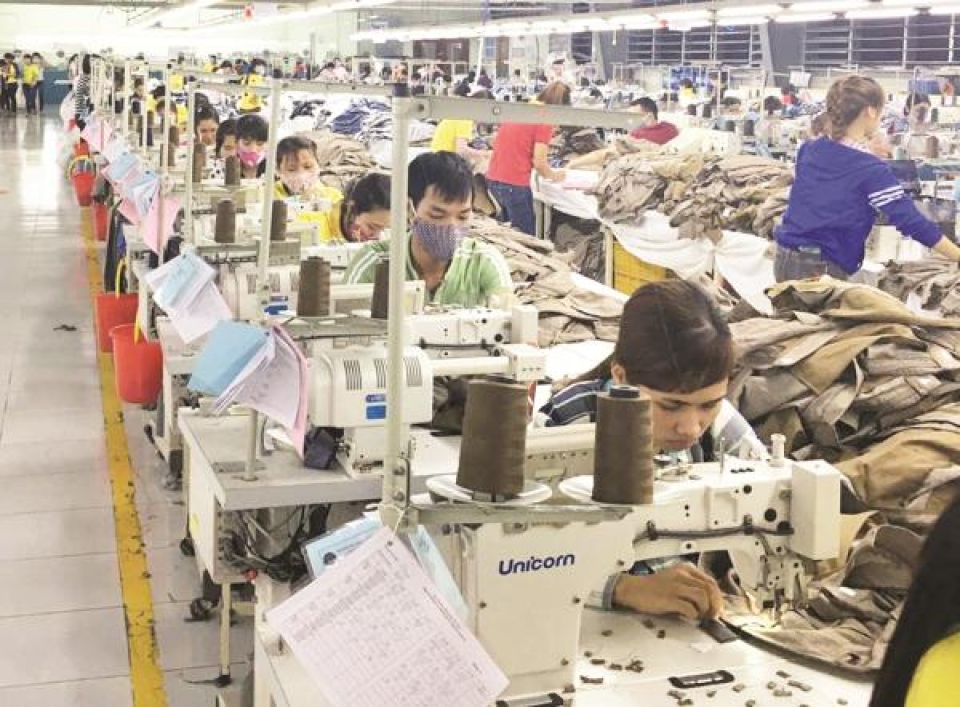 According to Dr. Nguyen Anh Tuan, Director of Vietnam Productivity Institute, Vietnam is one of the three countries with the lowest labor productivity in ASEAN. Since 2000, Vietnam has experienced remarkable productivity improvements, rising by more than 3% per annum, the strongest increase in the industrial and construction sectors. The productivity gap between Vietnam and ASEAN countries is narrowing. However, the gap in productivity of Vietnam compared with developed countries is quite far.

Despite there are some positive improvements, it is undeniable that the gap in Vietnam's labor productivity relative to the region's leading economies is far greater. Even later countries such as Laos, Cambodia, and Myanmar have narrowed the gap with Vietnam.

Surveys show that, in addition to unreasonable labor structure, no creativity in the workplace, no branding etc., the production value of the labor force in Vietnam is difficult to improve. Labor productivity is also very difficult to catch up with developed countries. Enterprises assess the skills and techniques of workers are not low, but weak in cognitive skills and behavior. In addition, what employees are both lacking and weak compared with the needs of enterprises is the ability to adapt to the working environment; ability to communicate, comply with professional rules; interoperability teamwork; The ability to think logically and other soft skills in job processing.

According to the Minister of Labor, War Invalids and Social Affairs Dao Ngoc Dung, there are many factors that are likely to curb labor productivity. First is the quality of low labor force. In addition, the labor force is distributed unevenly, focusing on low-productivity, mainly agricultural, areas, more than 97%. Labor productivity of the economy is still low, while agriculture is just 1/3 of industry, only 1/4 of the industry. Slow labor restructuring has not kept pace with economic shifts, as well as the imbalance between labor supply and demand, and the application of science and technology is 10 to 20 years behind the world.

In the past time, there have been opinions that salary is the main source of income to maintain and improve the living conditions of the workers themselves and their families, and to reproduce the labor force and as the motivation to improve productivity. When workers' livelihood is secured, they will be assured of working effectively, so productivity will increase. Wages paid to depend on output and associated with worker productivity, so wages must be based on increased productivity. However, wages also need to be sufficiently livable and stimulated to increase labor productivity, which should be considered as an investment in human capital, investment in development, which is a decisive factor in enhancing the competitiveness of the product.

Currently, wages in Vietnam are considered quite low. This, on the one hand, creates a competitive advantage in attracting foreign investment, however, low wages also create many problems in labor relations. Labor disputes are mainly about the issue of wages, social insurance (more than 80% of collective bargaining is to raise wages or demand payment of wages, especially overtime pay, bonuses, mid-shift meals ...). Therefore, enterprises themselves need to calculate the salary to be worthy of the contribution of workers, to motivate to contribute more.

Regarding salary increase with increasing labor productivity, Mr. Nguyen Anh Tuan said that there is a need to increase salary to ensure the living of workers. However, labor productivity is too low for wages, because the main reason is the manager. Employers themselves must improve production, save costs. Workers should be equipped with tools, advanced equipment, high technology.

"Do not argue whether wage increases and productivity gains are high or low, but both businesses and workers need to find a way to help them increase their income and increase their productivity. Because if enterprises do not pay attention to improving labor productivity, it is difficult for the workers to increase. Although not wishing to increase wages, in the long run, wage increases encourage employers to be productive and to improve labor productivity. Therefore, in order to improve labor productivity, Vietnam needs to focus on three main factors: capital, science, and technology. The most important is, in order to sustainably develop the economy and catch up with developed countries, Vietnam should focus more on boosting productivity through the development of science and technology, technical," Mr. Nguyen Anh Tuan emphasized.

Dr. Le Huy Khoi, Head of the Market Research and Forecasting department at the Trade Research Institute, said that the minimum wage increases balances and regulates the interests of workers and the suffering of enterprises. Therefore, the adjustment of salary increase to ensure the minimum living standard for workers should have special attention to the development of high-quality human resources, improve the skills of workers to increase labor productivity. This is a lever for increasing income, increasing wages for workers.

In the long run, economic experts say that to improve labor productivity, the most important thing is to improve the technical content, improve the quality of labor, instead of production value based solely on cheap labor and resource exploitation. And the most important thing is to change the mindset of cheap labor and instead focus on building and developing a high-quality human resource.