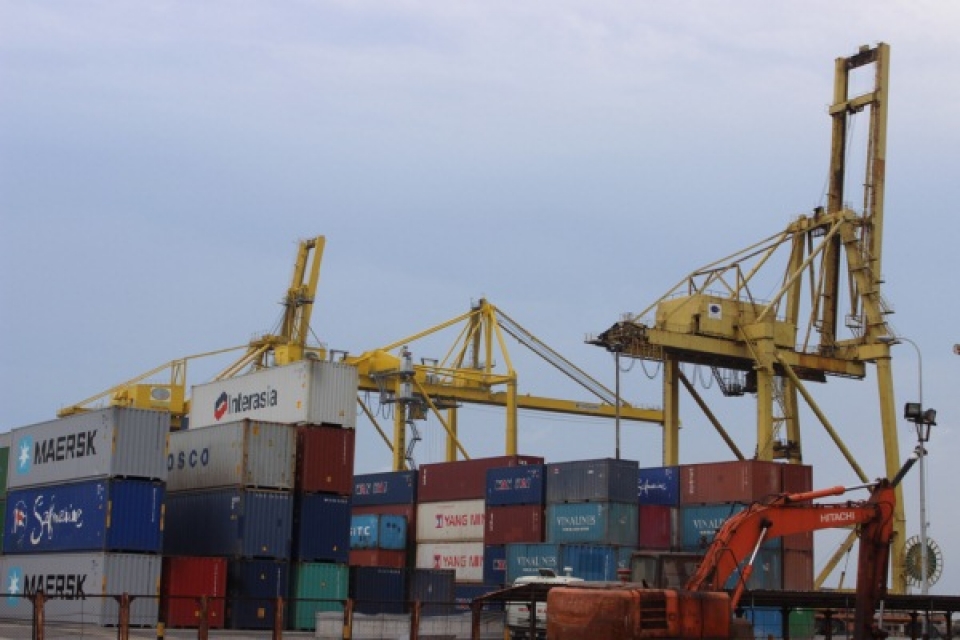 Commenting on the new published index, Mr. Kim Long Bien, Deputy Head of the Customs Modernization Reform Board (General Department of Customs), said that the WB's annual business environment ranking report since 2002 with the aim of helping the economic sectors, especially the private sector, to identify the interests and areas of development, reform in the clear and strict regulation of the normative documents and practical implementation. Business Environment ranking measured in 11 economic sectors/indexes (mainly in terms of cost and time), in which, an index of "cross-border trade transaction" related to the activity of the Customs.

As above result, the goods border crossing clearance time of Vietnam narrowed considerably, ranked in the top four in Southeast Asia area (including Singapore, Thailand, Malaysia and Vietnam). Mr. Bien added that in the list of 190 countries in the ranking of Business Environment, 10 Southeast Asian countries reduced the ranking of "cross-border trading transaction" index, in which, the highest level of reduction was 6 grades, the lowest level was 1 grade.

Mr. Bien said that total time of customs clearance across borders was the responsibility of both the customs and other specialized management agencies. The Resolution also stated that the Ministry of Finance was responsible for the time to carry out the customs procedures, while other relevant Ministries and Branches were responsible for the time to carry out specialized inspection procedures for import and export goods (including the Ministry of Industry and Trade, Science and Technology, Agriculture and Rural Development, Transportation, Health, Information and Communication, Natural Resources and Environment, Construction, Defense Sports and Tourism ...).

Responsibility should be defined clearly

For the purpose of assessing accurately the results of implementing the Resolution 19-2017/NQ-CP of the Ministry of Finance (the General Department of Customs) on the time of customs clearance of goods across borders, recently, the General Department of Customs has sent a written request to the Central Institute for Economic Management and Research (the Ministry of Planning and Investment) to request guidance on the content and time distinguish of the responsibility of the customs office in detailed within the total time of customs clearance of goods crossing the border according to the index stated in Resolution 19-2017/NQ-CP.

On the side of the Ministry of Finance (the General Department of Customs), efforts have been made to reduce the time taken for their responsibility (accounting for only 28% of the total goods clearance time). In particular, the Customs sector has been strengthening the administrative reform, the customs modernization and the information technology application in the customs operations in order to promote trade facilitation and shorten the time for the customs clearance cross-border, reduce paperwork and costs for the enterprises.

Specifically, the General Department of Customs has been completing a series of legal documents in the direction of modern, synchronous, compliant with the policy on reform of the administrative procedures. Collaborate with other ministries, branches, and the government agencies to develop and improve the legal document system related to the customs sector, in order to limit the overlapping regulations among the management agencies, to ensure feasibility, effectiveness, and efficiency.

At the same time, the Customs sector has chaired and coordinated activities with the ministries and branches to implement the National Single Window mechanism and the ASEAN Single Window mechanism. Up to now, the National Single Window mechanism has connected officially with 11 ministries and branches; In addition to the goods clearance procedure (the Ministry of Finance), 41 administrative procedures of the remaining 10 ministries have been implemented through the National Single Window. The ASEAN Single Window is also undergoing technical review to prepare for formal connectivity conditions; At the same time, the General Department of Customs also coordinates with the Ministry of Industry and Trade, the Ministry of Information and Communications to plan and prepare the infrastructure for the official implementation of the ASEAN Single Window on E-C/O form D in January 2018. In addition, the General Department of Customs has been cooperating closely with the ministries to implement drastically in order to change fundamentally the method of specialized inspection under the principles of risk management assessment and application of international practices, to connect and share information between the specialized inspection agencies and organizations with the Customs offices.