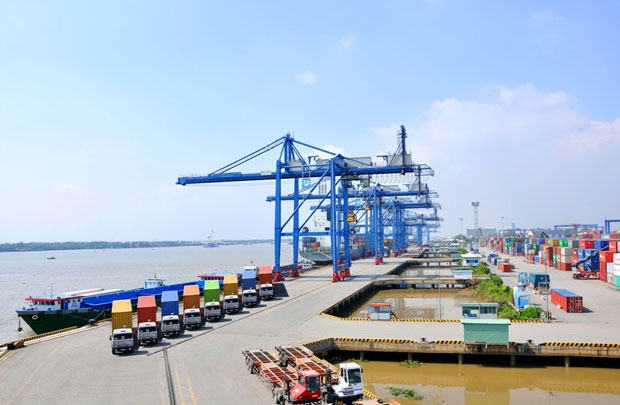 China on Thursday posted a forecast-busting surge in exports and imports in May, signaling improvement in the world's number two economy, but there were warnings Beijing would struggle to maintain its momentum.

The readings will come as a relief after a series of weak readings suggesting a recent pick-up could be fizzling, while there are also lingering concerns about U.S. President Donald Trump's protectionist rhetoric.

The data were far better than the 7.2 percent rise in exports and 8.3 percent increase in imports predicted by analysts in a survey by Bloomberg News. The trade surplus rose to $40.8 billion, up $2 billion from April.

The news comes as the global economy also shows signs of strength.

However, Julian Evans-Pritchard, China economist at Capital Economics, said the government's efforts to rein in the country's ballooning debt could weigh on future trade data.

"Looking ahead, the current strength of imports is unlikely to be sustained if, as we expect, slower credit growth feeds through into weaker economic activity in the coming quarters," he warned.

"Exports growth is also likely to edge down further ahead but should fare better than imports given the relatively upbeat outlook for China's main trading partners," he said.

China had been showing signs of life in early in the year, fuelling hopes the world's top trader in goods and a key driver of global growth was stirring after a years-long growth slowdown.

- Too early for optimism -

However, other figures have pointed to slowing growth in the Chinese economy as it deals with weaker demand and excess industrial capacity left over from a debt-fuelled infrastructure boom.

Imports and exports picked up at a weaker rate in April from March, while a private survey of factory activity indicated the manufacturing sector contracted in May for the first time in almost a year, hinting at deteriorating conditions for producers.

"It’s still too early to be optimistic on China’s imports. The outlook for fixed asset investment and infrastructure construction will be key," said Betty Wang at ANZ Research in a note.

"While May’s better-than-expected trade data may provide a boost to market sentiment amid tighter financial regulation, it’s premature to draw any solid conclusion."

Authorities have been trying to clean up the country's toxic brew of unregulated and risky lending that for years has fuelled the economy's spectacular growth, though some analysts doubt its willingness to quit its debt addiction.

China's economy expanded last year at its weakest rate in more than a quarter of a century and Beijing has indicated it expects growth to slow further this year.

Weak growth is a major concern for stability-obsessed policymakers and it complicates their efforts to retool the economy into one driven by consumer demand rather than state investment and exports.