As an export business, the mission of KHANH VUA Import Export Co., Ltd is to export cashew nuts Vietnam export to the world market.

Vietnam is not only the world leader in export volume, Vietnam cashew nut is also highly valued by international friends. The growing demand and demand also place more demands on Vietnamese cashews

In Vietnam, Cashew is mainly concentrated in Binh Phuoc and some provinces such as Dong Nai, Binh Duong .... However, Binh Phuoc is also famous as the largest cashew growing area in our country.

All seeds are similarly seeded. Vietnam itself is famous for its quality, nutrient content and is considered by the world as the best quality.

Vietnamese cashew nuts are generally medium grain, not large, but solid grain, moist, crunchy and crunchy. The special taste differs from that of other countries. Therefore, cashew nut of Vietnam is higher than other types of India, Africa Article ....

Vietnam has been selected by importing countries such as the United States, the Netherlands, China, Australia, Britain, Canada, Thailand and Germany ... and Vietnam is also the leading exporter of cashew nuts. world

We would like to introduce some pictures of products and processing process of Vietnam. 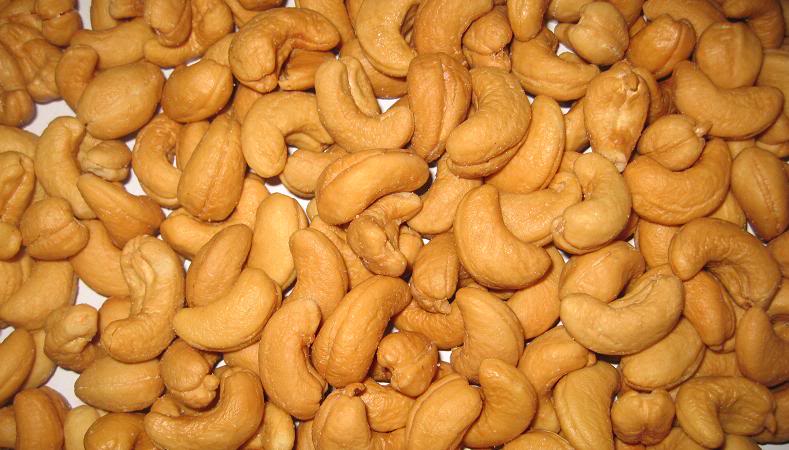 After you have looked at the whole thing, you double-slice the cashew nuts into two pieces and continue to observe:

Cashew kernels of Vietnam (especially Binh Phuoc cashew nuts) are most often solid intestines, like intestinal bread. The foreign thing will be puffy and dented in the intestines. Foreign cashew nut thin, thin wings should be more fragile than cashew nuts Vietnam.

Vietnamese cashew nuts are whitish (with slightly ivory) uniform throughout from every location of the kernel. This is the most recognizable feature of the white kernel.

The foreign seeds will be white or white, depending on the year or there are areas of foreign cashew citrus, such as Ghana ...

Vietnamese cashew nuts go through stages of the fragrant, delicious, and foreign things after the roasting process, the aroma does not last long. And especially when the white core has to undergo the process of moistening the foreign seeds are very pungent, sour, nose nose uncomfortable.

The first when eating cashew nuts Vietnam is crunchy, when the kernel began to crush in the mouth, the sweetness began to appear, fat up to the taste of cashew nuts. When you chew the kernel, the delicious sound in the mouth, entice us to eat the next grain.

The first thing you feel when eating foreign cashew is also crunchy, but no matter how many chewing nuts you do not feel anything. Foreign seeds almost no taste at all also have a foul smell, neck neck.