Export activities are flourishing in the early of 2018 with high growth rate, even in many key commodity groups, bringing hope for a bumper year 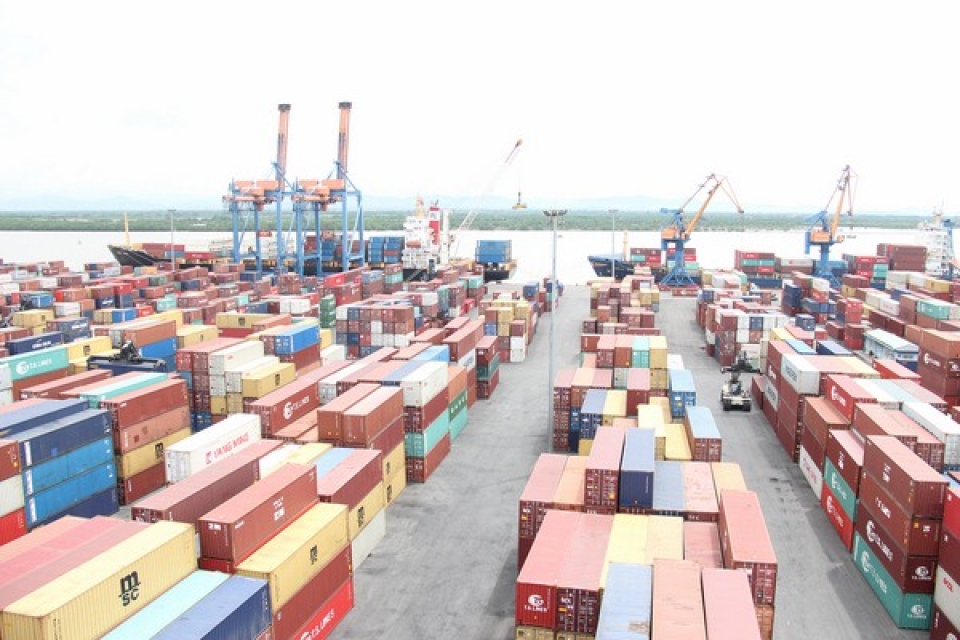 In recent years, when it comes to the growth of export activities, many people still think of the dependence on technology groups such as phones, computers etc. But the export results tracked from the statistics of the General Deparment of Customs, since the beginning of this year, apart from electronic products, the traditional sector such as garment and textile has had a significant breakthrough with a turnover of 3.831 billion USD, up 43.1% over the same period last year (equivalent to an increase of 1.154 billion USD). This is very encouraging because the labor-intensive industry in the country has only one number growth rate recently.

Some experts said that the strong growth of export activities compared with the same period of 2017 has the time of the holiday period of Lunar New Year 2017 in late January and early February, 2017, so the export will be more quiet. This is the basis, but can not deny the export activities in 2018 have prospered. In fact, compared to the same period last year, the 7 days of the Lunar New Year in 2018 export activities still increased sharply compared to the 7 days of Lunar New Year in 2017 holiday. Specifically, in the past holidays, the General Department of Customs recorded total turnover export turnover reached 289 million USD, up nearly 50% and import turnover reached 604 million USD, up 45.7% etc.

As mentioned above, the impression of export at the beginning of the year not only comes from the general growth, but also in the uniform rise of the main groups also bring strong steps for export activities this year.

Talking to the reporter of Customs Newspaper on the growth of the textile group in the beginning of the year, Ms. Nguyen Thi Hong Thu, Head of the Information, Communications and Communications Committee of the Vietnam Textile and Apparel Association (VITAS) said, sudden growth in the first half of February over the same period of 2017 may be due to the Lunar New Year holidays between two different years. Should exclude this factor, export turnover will not reach the mutation to more than 40%. But Ms. Nguyen Thi Hong Thu also said that the textile and garment export activities in the beginning of the year has improved over the same period in 2017. "So far, enterprises do not have difficulty ordering as at the end of 2016 and early 2017. This year, the sector's goal is to achieve an export value of 34 to 34.5 billion USD (including textiles, fibers, textiles, fabrics, technical textiles), up from 3 to 3.5 billion USD over 2017”, said Ms. Thu.

VITAS leaders are confident about the sector's double number growth target this year, which has been hard to achieve in recent years.

Or another optimism comes from agriculture. Despite facing many difficulties due to natural disasters and market factors, this traditional industry is trying with many solutions to promote export and set a goal of 40 billion USD in turnover. This is reinforced by the early days of the year, the Party Committee of MARD has put this goal into Resolution 431-NQ-BCSD (January 8th, 2018).

It can be said that with the premise and the record set up in 2017, plus the impressive start to the beginning of 2018, the efforts of all sectors, industries and from the regulatory authorities to the business community, export activities this year is expected to bring more new feats.