As Resolution No.42/2017/QH14 on the pilot settlement of credit institutions’ bad debts is enacted, it is hoped that bottlenecks for mergers and acquisitions (M&A) activities in the banking industry will be removed and more M&A deals will be implemented soon. 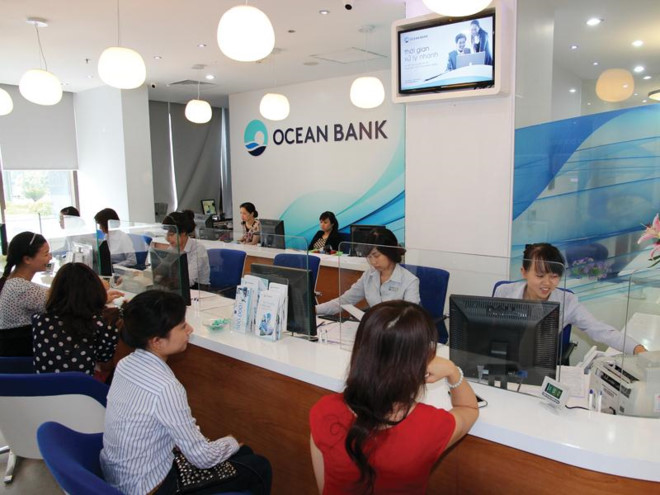 Plentiful offers, little success
After the failure of Singaporean United Overseas Bank (UOB) to acquire Global Petro Commercial Joint Stock Bank (GPBank), GPBank is now in negotiations with another investor.
According to a source of VIR, this failure originated mainly from the low price offered by UOB, but there was another reason. UOB requested to buy the entire bank, including its bad debts, however, at the time, Vietnamese regulations did not have any mechanism to provide guarantee for these bad debts.
Similarly, many foreign investors have shown interest in acquiring Ocean Commercial Joint Stock Bank (Ocean Bank), but no agreement was made up till now, mainly due to concerns over the bad debts after acquisition.
Bui Huy Tho, deputy director of the Department for Management of Credit Institution and Banking Operation Licensing at the State Bank of Vietnam (SBV), said that it is not easy for a foreign investor to acquire a weak bank in Vietnam because banks’ liabilities are various and their branch network stretch all over Vietnam.
“Before acquiring a weak bank, foreign investors should come up with ways to resolve bad debts,” Tho said.
Recently, the National Assembly issued Resolution No.42/2017/QH14 on the pilot settlement of credit institutions’ bad debts. Accordingly, collateral resolution will be facilitated.
The negotiations on selling Ocean Bank to foreign investors are in the second phase. With this new regulation, it is hoped that all parties will come to a mutual agreement soon.
Vietnamese banks luring in foreign investors
Besides the three banks - GPBank, Vietnam Construction Bank, and Ocean Bank, that require SBV intervention, there are a number of weak banks in need of a working restructuring plan. Resolution 42 will speed up the restructuring of these banks with the participation of both domestic and international investors.
Regarding foreign investors, Dr Le Xuan Nghia, an economist, said that M&A for weak commercial banks will be more popular if the government expands the foreign ownership limit.
“Foreign investors, especially those from Southeast Asia, are showing interest in the Vietnamese market,” Dr Le Xuan Nghia said.
Vietnamese banks are attractive to foreign investors as evidenced by the growing number of investors entering the country. At the middle of July, Singaporean UOB was granted the licence to establish a wholly-owned subsidiary in Vietnam, raising the number of entirely foreign-owned banks in Vietnam to nine. At present, there are at least two regional banks showing intentions to join the market.
The attractiveness of Vietnamese commercial banks may derive from the rapid growth of the retail sector. Besides, it seems that the fastest way to gain market share is to implement M&A deals.
Economist Dinh The Hien said that there would be an increasing wave of investment from foreign enterprises pouring into Vietnamese financial companies and banks in 2017, and some deals would be implemented soon.
Not only acquiring weak banks, foreign investors are also hunting for attractive financial companies. Currently, there is at least one investor from Japan and one from South Korea looking to acquire Vietnamese financial companies.
At the end of 2016, Shinsei Bank from Japan purchased a 49 per cent stake in Mcredit Consumer Finance Company. Earlier, Credit Saison Co., Ltd. also purchased 49 per cent of HDFinance and renamed it to HD Saison Finance.